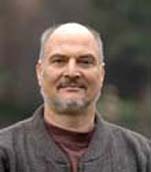 Bruce Frantzis is a Taoist lineage master and is believed to be the first westerner to hold authentic lineages in Taoist energy arts. He and has over forty years experience of qigong, healing practices, meditation and martial arts and spent over a decade training in China. He offers workshops and instructor training in North America and Europe and has personally certified more than 400 instructors worldwide. He has peeled away the metaphor and vague language surrounding the concept of chi. He has demystified Taoist energy practices and tailored them to the specific needs of modern day life. His practical, comprehensive programme will enable people of all ages and fitness levels to feel and work their internal energy. Energy Arts was founded by Bruce Frantzis to teach energetic fitness and healing practices such as tai chi, qigong, Taoist yoga and Taoist meditation. Bruce’s system will empower you to master your inner world, reduce stress, reverse the effects of ageing and reclaim health and joy in you life. 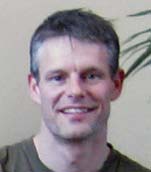 Paul Cavel is an Energy Arts Senior Instructor who began his studies in the internal arts in 1987, with tai chi chuan. Two years later he started to focus deeply on the Taoist neigong taught by Master Bruce Frantzis after realising this was the core material from which the internal arts were powered.

In 1994, Paul Cavel stepped up the intensity of his training by moving to California, where he lived and studied with his teacher for more than a year. It was during this time that Paul received a good grounding in bagua zhang. He fused his previously learnt neigong into the bagua palm changes using the original Pre-birth Circle Walking method. After leaving California, Paul started teaching neigong, tai chi, bagua and Taoist meditation with the encouragement of his teacher. Paul continues to train with Master Bruce Frantzis, moving into the deeper aspects of these arts – meditation and healing.

He is the author of The Tai Chi Space: How to Move in Tai Chi & Qi Gong.